You already knew that taking care of a baby is not easy. But now that the time has come, you really notice how hard it is. Don’t worry, we’ll give you tips!

You have just completed the delivery and then you are already faced with the next challenge: taking care of a baby. Of course it is not anything, being responsible for something so small and valuable baby journey blog. For months you have been fantasizing about what it would be like when your baby finally arrives. You must have had an idyllic picture in your head. Now that the time has come, you stand with your hands in your hair for a moment and you may wonder: “What did us get started?!” Unfortunately, babies don’t come with a manual. These tips will help you survive those first weeks!

A baby needs to eat, be changed and sleep. Easy peasy, right? Well if you thought this you are very wrong. There is so much to taking care of a baby. It really is a full-time job! We give you some tips to survive those first few weeks. 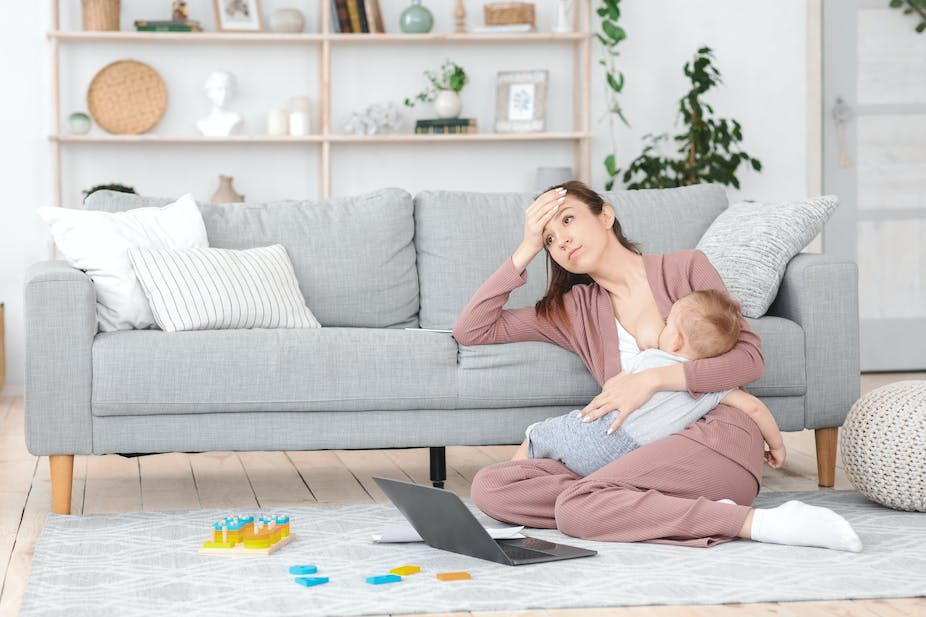 Accept Help from Others

Or even ask for it! You may think you should be able to do it all yourself, but you really don’t have to. It is not without reason that you have a maternity nurse to help you start up for the first week . And when she’s gone, you can still call in the help of your mother, sister, girlfriend or neighbor for a few weeks (or months).

Sleep Is Your Best Friend

You sleep when the baby is asleep is usually the advice. Of course this is not done as easily as said, but it is important that you take those precious hours of sleep where you can anyway. If your baby is sleeping, try to lie down as well. The household can wait and watch your favorite series too. Never underestimate the effects of sleep deprivation. It can really break you up and then you are further away from home. So in the context of tip no. 1: accept help! Take off each other, or let your baby sleep with grandpa and grandma so that you can refuel for the night. Then you can also go back to it!

Where you previously had a to-do list of at least ten things every day, you can now keep it at a maximum of three. So you have to adjust your priorities. Your baby will be number 1 from now on; things like work and housekeeping are just a little less important.

In addition to sleep, make sure that you also have some quality time for yourself. Otherwise you will quickly become screaming mad and you will get annoyed by everything. Regularly go for a walk, run or meet up with friends. You can leave your baby with your partner or mother for a while. Remember, you are better able to take care of your child when you still have your right mind.

Some people advise parents to let their babies cry, otherwise they run the risk of spoiling them. Phrases such as “let him cry” and “let him cry that widens his lungs” are common, to the point that some parents wonder if they should calm their babies or if, on the contrary, they should ignore him and let them calm themselves.

In fact, this popular idea has found resonance in the Estivill method , a proposal to put babies and children to sleep in a general sense by the American pediatrician Richard Ferber, director of the Pediatric Center for Sleep Disorders at the Boston Children’s Hospital, which in Spain it has spread from the hand of doctor Eduard Estivill.

According to this method, you should not listen to the child, you must let him cry to calm himself. When the child begins to cry, the parents should only comfort him for a short period of time and should resist the temptation to pick him up. They should then leave you in the room while you are still awake, to sleep alone. However, the truth is that more and more research indicates that the classic advice “let him cry” is not as good an idea as it seems.

Psychologists and neuroscientists are convinced that when babies cry and parents ignore them, they suffer a state of anxiety that causes their brain to be flooded with cortisol and adrenaline, the stress hormones. And if these hormones are extremely harmful to adults, their effect on a developing brain is even more dire, especially if that pattern of inattention repeats itself over time. In fact, elevated levels of cortisol and adrenaline can end up taking a toll on neural connections.

In this sense, a study carried out at Yale University showed that when children are exposed to great stress from their first years of life, changes in brain biochemistry occur, specifically at the level of neurotransmitters.

Another study by researchers at the University of Hertfordshire revealed that babies who are allowed to cry a lot during their first months of life have a 10 times higher risk of ADHD and conduct disorder. On the other hand, researchers from the University of Pennsylvania discovered that when parents let babies cry, at 10 months they already have problems controlling their emotions and are much more difficult to calm down.

Neuroscientists explain that these changes are due to stress causing overstimulation of areas of the brain linked to analysis and emotional regulation. As a result, the child will develop a hyperactive nervous system, which produces a large amount of adrenaline, which leads him to show impulsive behaviors and overreact to environmental stimuli.

On the other hand, it has also been appreciated that children subjected to a lot of stress show a very low level of growth hormone, which could inhibit the development of some areas of the brain and slow growth in general.